A Periodontist is someone that deals with the gums.
LEARN MORE 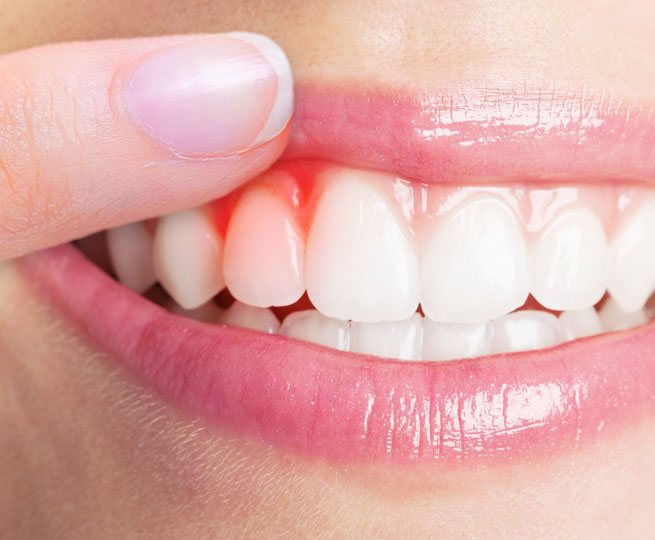 What is a Periodontist?

Your teeth aren’t the only thing you need to take care of in your mouth. Your gums are just as important to your health as your teeth are. If your gums are inflamed, infected, or damaged, it can make every day tasks like speaking and eating much more difficult . Having unhealthy gums can also lead to tooth loss. Periodontitis is a gum disease that can result in the loss of teeth, and is the number one cause of tooth loss in adults. Periodontics is the branch of dentistry that deals with the diagnosis and treatment of diseases and disorders of the gums, and it is vital to your health.

Gum’s can get infected, and those infections can lead to terrible side effects, including bleeding gums and tooth loss. Gingivitis and periodontitis are two of the most common gum diseases.

Gingivitis is a mild disease that causes irritation, redness, and inflammation of the gingiva, the part of the gums around the base of the teeth. While it may not seem serious, you need to see a dentist if you have any symptoms of gingivitis. Gingivitis can be contracted through poor oral hygiene and can lead to further issues if not treated quickly and properly, like periodontitis, a much more serious gum disease.

Periodontitis is a very serious gum disease that can lead to tooth loss, which is unfortunate to say the least.  Periodontitis’s symptoms include

If you have any of these symptoms, it is imperative you get them checked out immediately. If periodontitis goes untreated, it is very likely you will start losing teeth, which will need to be replaced through dental bridges or implants, which can be very expensive.

Periodontitis is caused by ineffective oral care, which results in the buildup of plaque and tartar on the tooth by the base of the gums. This can cause the gums to recede and bacteria to form underneath the tooth, causing severe gum infections and periodontitis. Luckily, periodontitis can be easily prevented by good oral care. This includes brushing at least twice daily, flossing daily and going to the dentist every six months and when bad symptoms occur. Once periodontitis is contracted, though, it is irreversible. You can stop the effects from progressing by seeing a dentist, but if the effects are serious enough, you may need to seek surgical treatment to remove the bacteria built up between your gums and teeth.

Chronic periodontitis is the type of periodontitis described above, but a small portion of people may suffer from aggressive periodontitis, which is genetic, and teeth loss may occur much more rapidly. There is also necrotizing periodontal, which can be caused by malnutrition, a suppressed immune system, or cancer treatments. These can cause a severe gum infection due to a lack of blood supply.

In this video, Dr. Jim Ellis, DDS, is a dentist who does Periodontics in Ogden, UT.

Our very professional team here at Dr. Jim Ellis, DDS have a mission to provide excellent dental care in an advanced facility. Our team is continually advancing our expertise in all areas of oral health to make sure we offer the highest grade of dental care to our patients.

get in touch with us